What is an IT Business Analyts? IT Roles – IT Project Manager 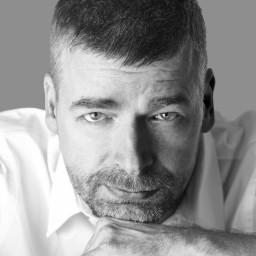 What does DevOps mean? What are the responsibilities of a DevOps professional and how much can be earned in this job?

It has its own humorous site on Reddit, Pinterest, and Tumblr, and its website covers a wide variety of topics: DevOps has shaken the IT world. What is it, why is it important? What trends can we expect in the future, and what makes an IT professional using it special? It turns out from our post below.

What Does DevOps Mean?

Day by day, we come across more and more DevOps (engineer) job opportunities, and because their work has a big impact on the workplace, there is a huge demand for them. According to a 2019 survey, 85% of organizations with more than a thousand people have already introduced DevOps or are planning to do so in the next two years.

However, since its first mention in 2009, it has not been possible to describe what DevOps is with a clear, universally accepted definition.

The Meaning of DevOps:

Most commonly, we mean a set of software development practices that combines software development (Dev) and operation (Ops). Perhaps most expressively, this concept illustrates this: "according to this, DevOps is the practice in which operations and development engineers participate together throughout the service lifecycle — from design through the development process to production support."
In other words, a collaboration between operations, development, and testing teams can be critical, so it can also bring about a change in corporate culture. The goal is to maximize the predictability, efficiency, safety, and also sustainability of work through automation.

The main concept of DevOps is to create better quality software in a shorter amount of time with the integration, more efficient cooperation, and shorter phases in development (testing included) and operational areas.

Developers and operators used to work separately, the interface between them was an operating manual at best. After finishing the development, the developers delivered the end product and stayed available to fix any potential errors or bugs. Today, in the life of a company IT has strategic importance. As a result, it isn’t enough anymore to create an application or to offer a service. The whole process has to be fast and adjusted to the customer’s needs. There is no time for the traditional software development methodologies because the results come quickly. Breaking up the development cycle into shorter phases guarantees continuous results. To make this possible we needed a new vision, new processes, new material, and also a new approach. That is why DevOps was born.

What Do we Expect from This New Approach?

However, there is no evidence in the literature on the efficacy of DevOps. For example, F5 Networks research highlights the following.

Of the five IT professionals, only one thought DevOps had a strategic impact on their company.

And the future is DevSecOps, because the more we automate, the more automatically problems can come, meaning we need to pay more and more attention to security as well. There will also be a greater focus on IoT and cloud computing.

What Are the Advantages of DevOps?

DevOps puts an end to the isolation between developers and operators, it creates more efficient cooperation.

The development progresses within small reasonable steps, so the end product gets done fast and the service will be available quickly even for the end-users. It gives the company the ability and the opportunity to react quickly.

The close cooperation of the teams improves morale, besides the team members work together for a common objective.

As a result, the uploaded codes will be immediately available to other members of the team. Another advantage of CI is that the testing of uploaded codes is continuous. It is not after a long development cycle that something is revealed in the system, but during development.

Newer versions are launched frequently and automatically; that’s a lot of updates. This way the company can react efficiently to the changing market and needs.

On the other hand, users of the system can constantly provide feedback on the latest version, thus quickly improving its quality or modifying the program. It is easy to see that this can result in a more user-friendly application that better serves their needs.

Another advantage of CI / CD is that close and effective collaboration can be established between the customer and the development team. However, where frequent interactions and rapid progress become commonplace, miracles can happen, which is in the interest of both the customer and the supplier!

Every service works on its own and communicates through a well-defined interface. A microservice is created to achieve one goal only, hence its fast development and set-up.

Its advantage over monolithic applications is that it is flexible, as the microservice is small (at least smaller), making it easier and faster to modify. This applies to the code, but also to the software components used.

Due to its small size, it is more reliable than monolithic applications and has a higher development speed.

The applications and the infrastructure create their data and logs. Monitoring these is part of the regular processes.

Infrastructure as a Code

The definitions of the infrastructure are stored during development, they can be restored with version control, making version changes and potential restorations safer.

What Are DevOps Tools? What is the Job of a DevOps Engineer?

DevOps doesn’t necessarily mean one IT expert, but the developing culture, the procedures, the methodology used by the developing and operating teams.

However, the IT job announcements of our customers are mostly aimed at IT experts who can create DevOps processes (ex.: CI/CD), who know the monitoring tools, the virtualization and containerization tools, the release tools, the testing tools and who had already participated in DevOps projects. Besides these skills, good communication skills and knowledge of AWS/Azure/Google Cloud often appear in the announcements.

Docker has become almost unavoidable in DevOps. It is anticipated that professionals will be able to handle Docker containers and images. Docker helps run multiple applications on the same shared operating system. This means they are much more efficient than virtual machines because they do not require the virtualization of hardware.

The certification is a Microsoft DevOps exam, of course on the Azure platform. In short, the exam covers the implementation and management of development processes, knowledge of continuous integration (CI) and continuous delivery (CD), and DevOps strategy design.

The Amazon Web Services (AWS) DevOps exam focuses on important practices such as security checks, monitoring, and AWS logging systems. The goal is to design high-availability, scalable systems that are easily scalable and capable of self-healing on the AWS platform.

The Cloud Native Computing Foundation created the Certified Kubernetes Administrator exam. Its main topic is the management and formation of the Kubernetes cluster.

The exam consists of the following elements: